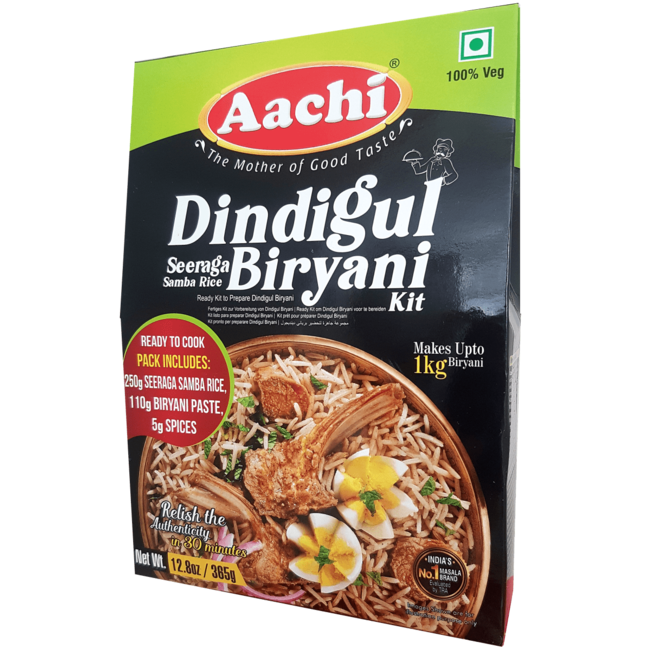 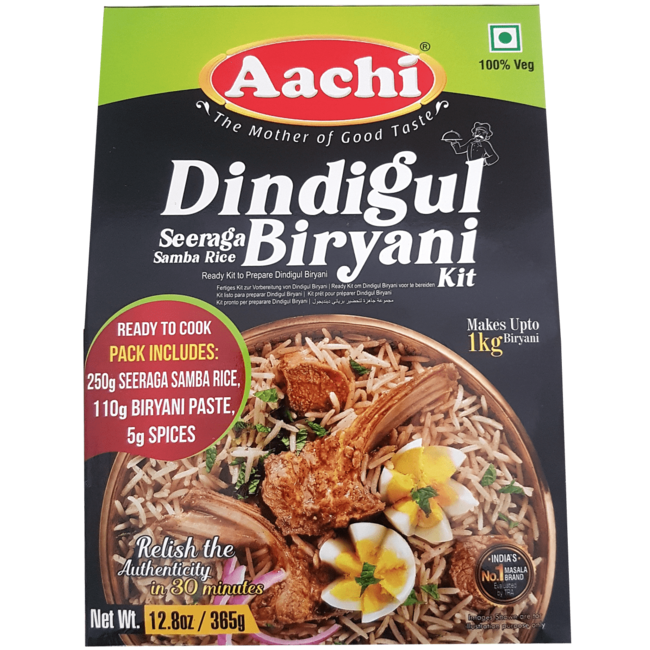 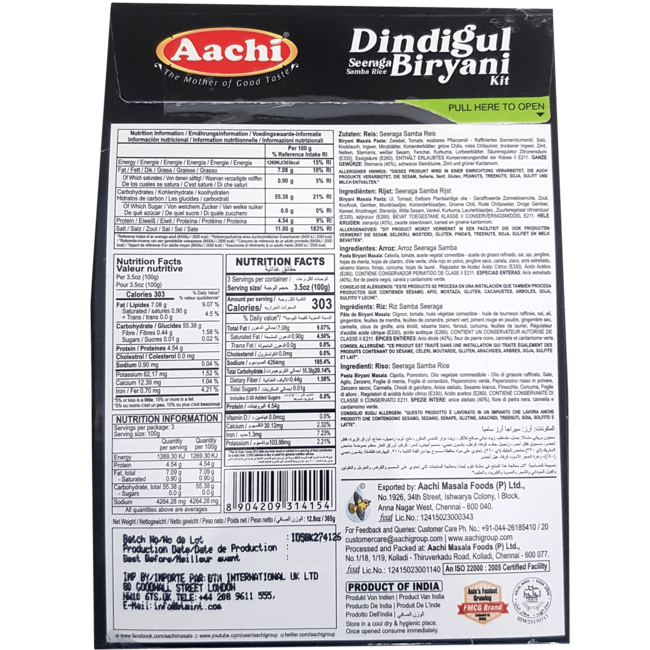 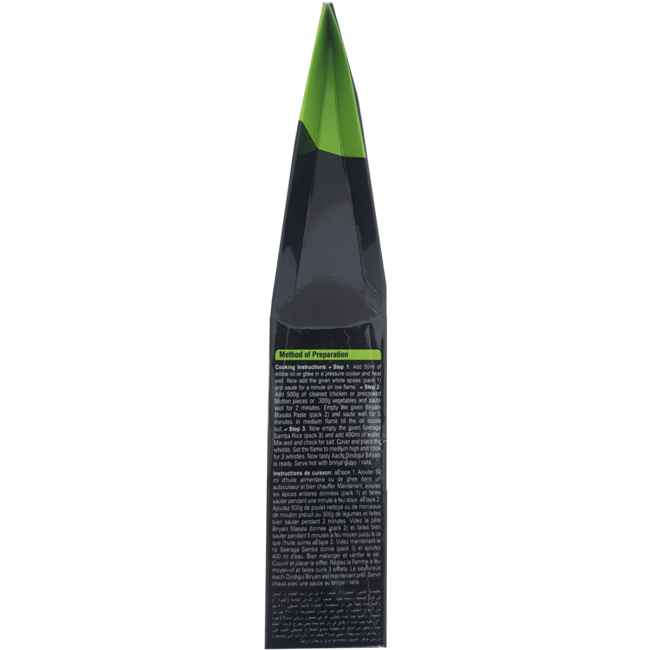 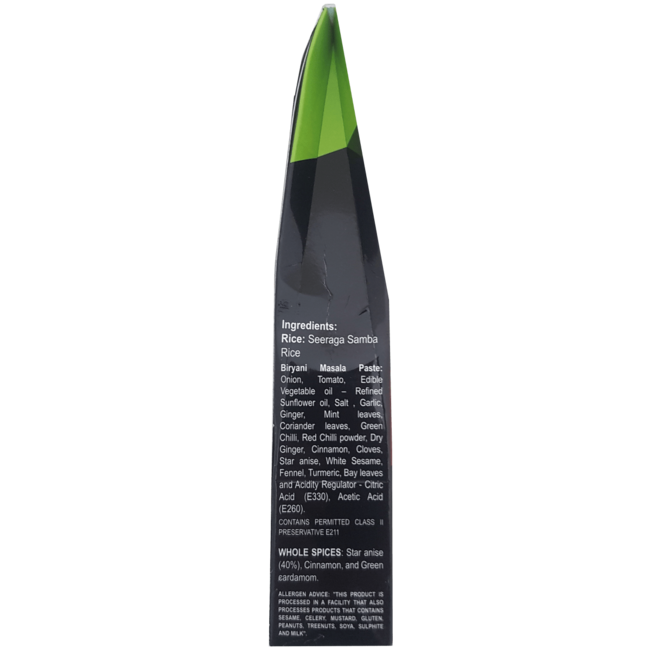 To make 1 kg of Dindigul Biryani

Quick and easy to prepare

When the rice is well cooked, these grains will be fluffy and loose. It is an ideal rice for preparing Biryani. It absorbs the flavor of the masala instead of giving the dish a strong flavor like basmati rice does. Seeraga Samba is also known as Kaima rice and Jeerasal.

Make your own Indian Dindigul Biryani rice dish with this ready-made meal kit.

Ginger: has an intense sharp taste. Can be used in, for example, desserts, bread or biscuits. In India it is widely used with fish.
Garlic: has a distinctive flavor and can be used in many dishes.
Clove: gives a spicy and spicy taste to dishes.
Cinnamon: can be used in both spicy and sweet dishes due to the wonderfully warm and sweet taste.
Cardamom: herbaceous plant of the ginger family. It has a pungent aroma and a sweet taste with a hint of lemon, camphor and bergamot. The green variant provides spice and freshness. The black variety is suitable for more powerful dishes such as curries and stews.
Star anise: dried fruit with an anise flavor.
Sesame seeds: aromatic with a nut flavor.
Fennel: aids digestion and gives fresh breath. Fennel tea is used for coughing.
Turmeric: a spice extracted from the roots of the turmeric plant. It provides flavor and color in curry dishes.
Bay leaf: has a somewhat bitter woody taste. Gives extra depth to dishes such as stew, soup, chicken or bolognese.

This product is packaged and / or stored in a company that also processes products containing nuts, peanuts, mustard, celery, gluten, sesame, shellfish, soy, sulphite, fish and molluscs. Despite all precautions, this product may contain traces of these allergens.

Keep in a cool and dry place. Shelf life up to 2 years after production date. After opening, transfer the contents to an airtight container. Perishable after opening. 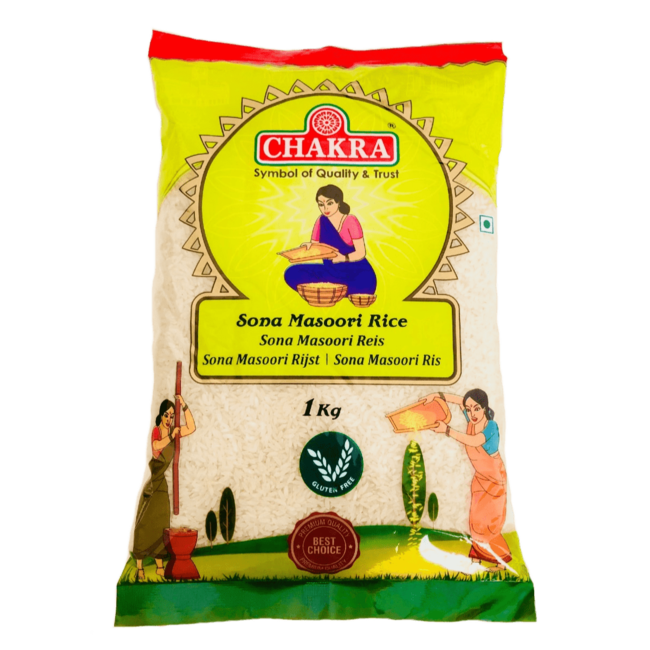 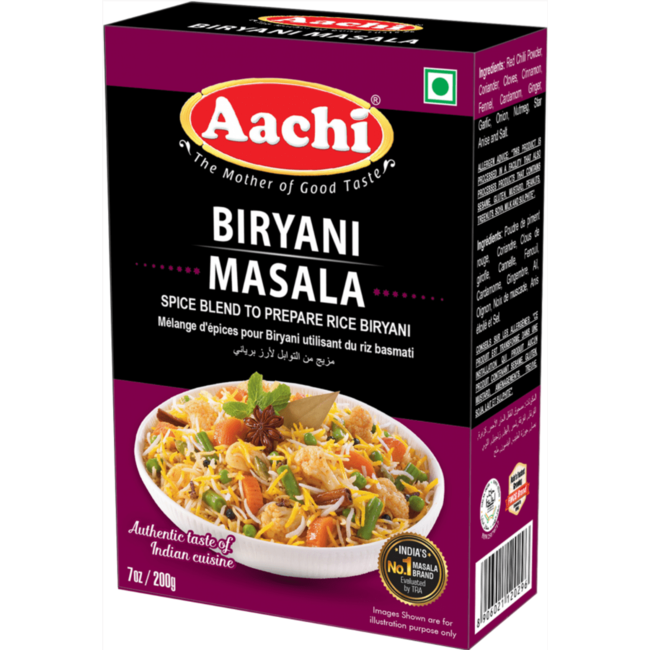 You use Biryani Masala to make a delicious mixed rice dish. ..
€2,69 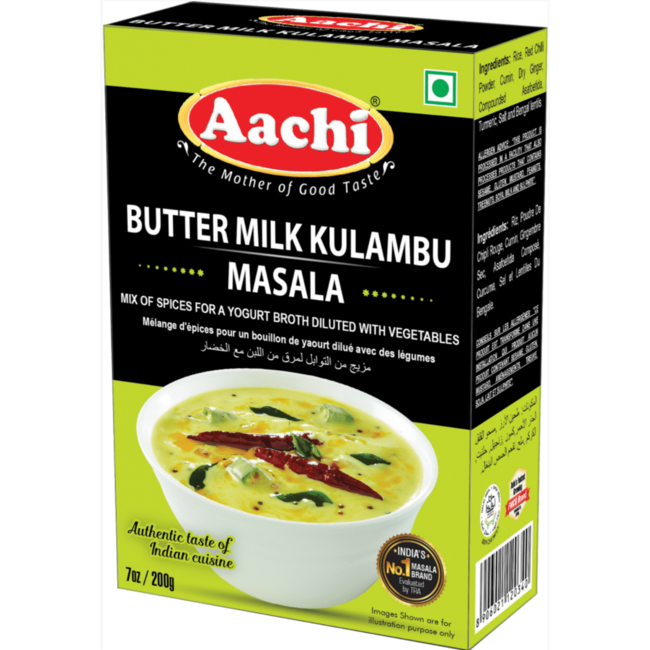 Butter Milk Kulambu is often prepared in South India. It is ..
€2,99
Please accept cookies to help us improve this website Is this OK? Yes No More on cookies »
Kwaliteit verzekerd
Veilige betaalmethodes
Voor 15.00 besteld morgen in huis
Gratis* verzending vanaf € 45,-