Ironically, one of the most common forms of Indian barbecue—the tandoori chicken—isn't intrinsically Indian after all. The dish came together with Pakistani immigrant Kundan Lal Gujral, who ended up in India after the partition of 1947 and opened a restaurant in Delhi.

The red, masala-coated pieces of chicken cubes charred on embers are the precursor to the even more famous butter chicken and remain one of the most popular versions of barbecue dishes in India. But the art of Indian barbecuing is multifaceted and varies greatly depending on the region.

Unlike American barbecue, which uses grills to cook the meat, tandoori cooking involves feeding pre-marinated ingredients (usually chili powder, yogurt, and oil) onto a skewer and put into a charcoal-heated clay oven. The word "tandoor" is the Turkish pronunciation of the Persian and Arabic word "tannur", which means an oven or a portable oven. 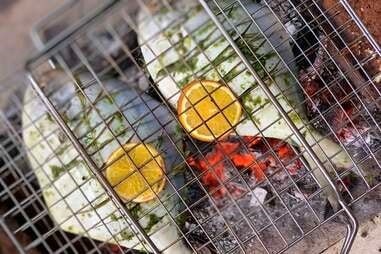 Many barbecue dishes come from the northern or central states of India, such as Punjab, Rajasthan, Uttar Pradesh, and Madhya Pradesh. Ingredients are usually barbecues in a tandoor or a sigdi, a method similar to African baraai or Brazilian churrasco, where ingredients are cooked on a metal grill. 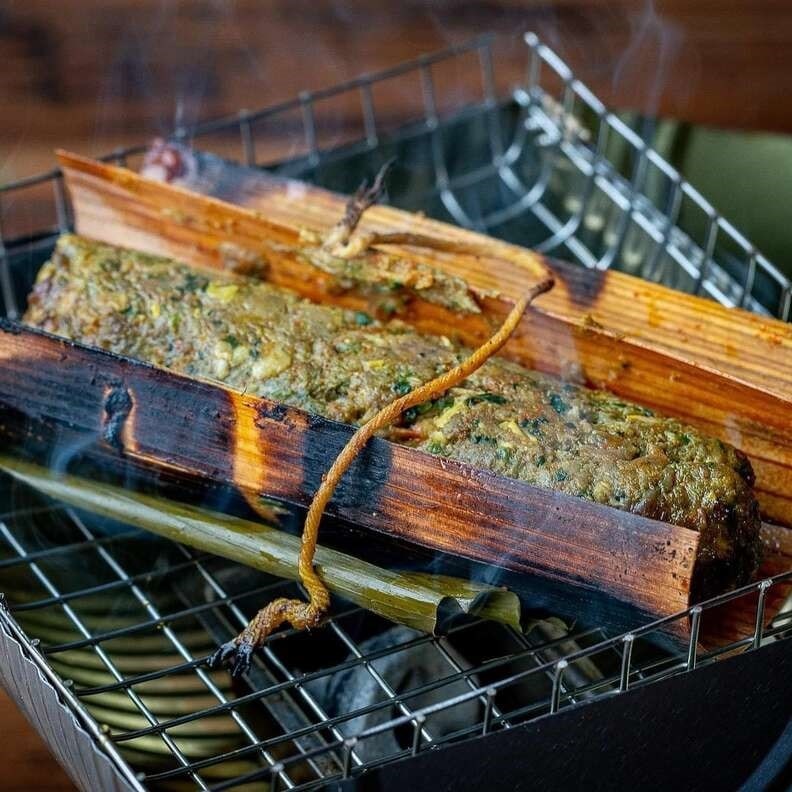 “We marinate the meat and vegetables in a combination of green and black cardamom, cinnamon, cloves, cumin powder, dried red chili and coriander seeds. Then cook it on a bed of hot coals and meat scraps,” says James Beard Award-winning chef Chintan Pandya from Dhamaka.

Even further north, in the state of Kashmir, a very different kind of barbecue method prevails. This method is called seekh and seekh tujji is a common street food made in this style.

“Here the technique is the same as the sigdi style of barbecuing where meat is cooked on a grill,” said Vanika Chaudhary, chef-founder of Mumbai-based restaurant Noon. "The marinade uses spices like turmeric, ginger powder and fennel in an authentic way."

But what sets it apart from other Indian barbecues is the use of the local Kashmiri peppers, which are pounded into the base. “Growing up, I saw my mom make this,” Chaudhary recalls. “She marinated the meat in these spices overnight and cooked them the next day. 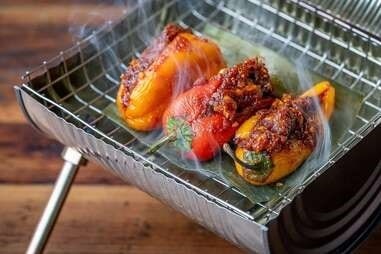 These additions give the Kashmiri seekh a traditional flair. While the other forms of Indian barbecue are often served with condiments such as chili, mint and coriander chutney, the Kashmiri barbecue is served with doon chetin, a walnut and yogurt chutney.

In western India, in Rajasthan, another style of barbecuing known as "soole" is common and has its roots in Europe. "The origins of sword cooking may have started with the Greek warriors and that's how shish kebab came about - with a great Turkish influence," says TV chef Ranveer Brar. "In India, it is known as soole, and is believed to have originated from the Indian Rajput clan, a warrior community."

The warriors hunted meat, put it on their swords and cooked it on live fire, along with the pickles they carried from their homes. Today, this wartime cooking technique is still common in this region. While traditionally a simple marinade of peppers and pickle oil was used for game meat, today everything from fish to mutton is marinated in complex spices such as coriander powder, cumin powder, dry mango powder and turmeric.

From a rustic way of cooking for the early Indians to a nuanced method of grilling ingredients like tempeh, shiitake mushrooms, broccoli and even cottage cheese with Indian spices and oils, barbecue has evolved in India over the years. But what has remained intact are the core flavors and cooking techniques, which you can try at home.

Related products in this article: